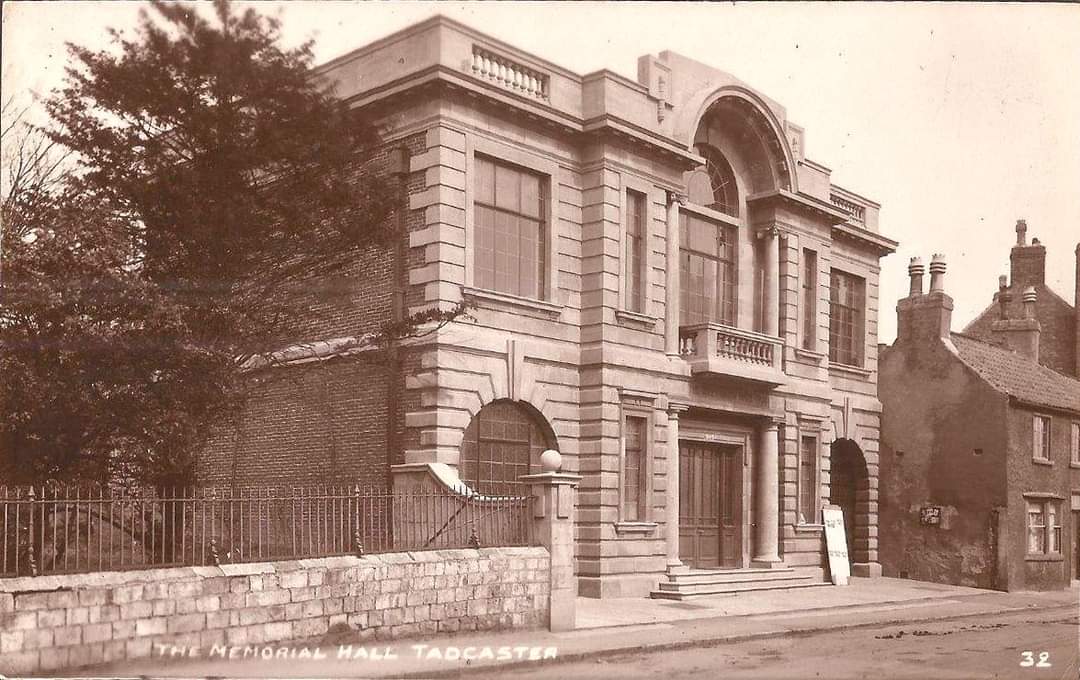 History of The Riley-Smith Hall

The Riley-Smith Hall, Tadcaster was built in 1924 by William Riley-Smith and his aunt Mrs Mary Cochrane.

The formal opening was Friday 16th January 1925 when a revue was staged with William Riley-Smith himself taking part. The opening night revue was called “Calcaria” (after the Roman name for Tadcaster).

The theatre and ballroom was a gift to the town and originally intended to be called the Victory Hall. However during construction the name was changed to the Riley-Smith Hall. Below is the letter dated 28th November 1923 from the Empire Stone Co of Narborough, Leicestershire acknowledging the request for the name change.

William Riley-Smith was acquainted with the famous musician and composer Noel Gay (himself a Yorkshireman). Noel Gay wrote the revue “Stew” and directed the orchestra at the Riley-Smith Hall in 1947 (see programme below).

With donations from John Smith’s and Samuel Smith’s breweries plus a loan from Tadcaster Town Council, enough money was raised to purchase the hall for the continued use by the community.

The Riley-Smith Hall Charitable Company was formed and it became the new independent owners of the building. Over the past 25 years the charity has invested around £750,000, mainly raised from the modest hall hire fees and some supporting grants, on the continued maintenance and conservation of the hall.